Receding gums is a dental problem where the gum tissue pulls back from the tooth, which exposes the tooth’s root.

Signs of gum recession can include increased tooth sensitivity, loosened tooth, and plaque build-up. If left untreated, this could lead to gum disease and potentially tooth loss.

Mild gum recession typically does not need treatment. However, severely receding gums may require extensive treatment such as deep cleaning of the root surfaces and ultrasonic tooth scaling.

This is a common condition that many people deal with. If treated in its early stages, the receding gums can be stopped or reversed.

What happens when gums recede?

When gums recede behind the gum line, gaps can form between the tooth and the gum. A person with receding gums may experience some symptoms.

Poor oral hygiene habits such as poor brushing or flossing can lead to these problems. More importantly, these symptoms can be early signs of gum disease. Receding gums also puts you at a greater risk of tooth loss or tooth decay. 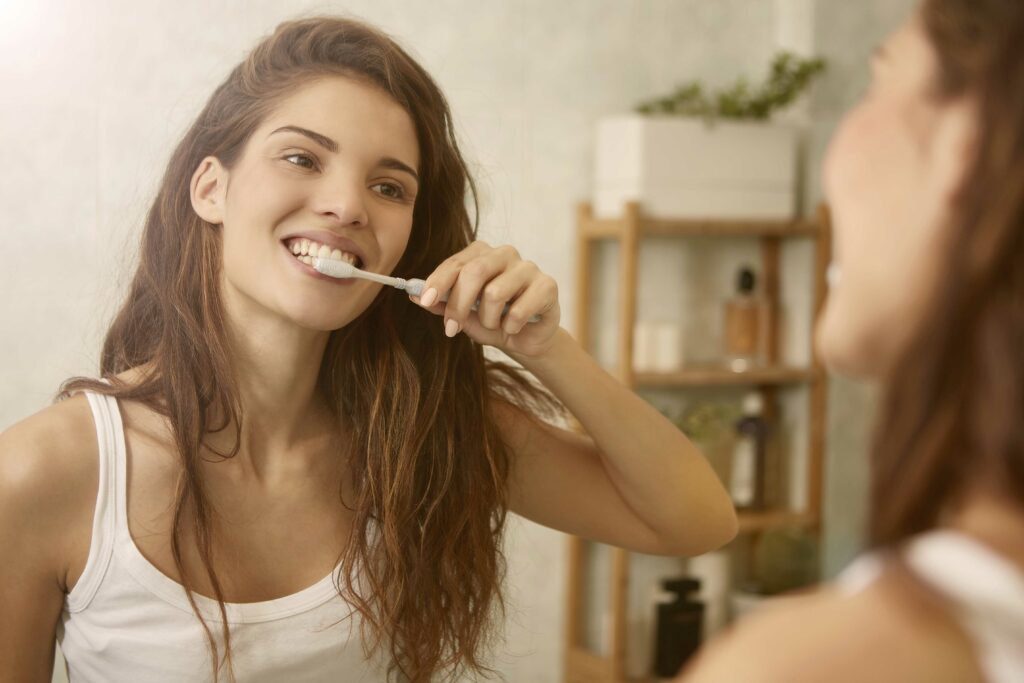 There are a variety of risk factors and causes that can lead to gum recession:

How is gum disease treated?

Mild gum recession can be treated by performing a deep cleaning around the infected area. Depending on its severity, the periodontist assesses the situation and decides the best treatment option. In some cases, antibiotics can be given following the cleaning to prevent further bacteria growth.

However, if the receding gums can’t be treated with deep cleaning due to pockets of bacteria that are too deep or excessive bone loss, gum surgery may be needed to repair the damage and restore the gum tissue and bone loss.

A periodontist will evaluate your gums and teeth to determine the best course of action to take for treatment. The goal is to restore your gums by removing the infection.

They may conclude that antibiotics be prescribed. Some of the medications that a periodontist can prescribe for you include:

If mild gum recessions are left untreated in the early stages, gum surgery may be required once the disease progresses.

Flap surgery is a deep cleaning procedure that removes plaque and tartar buildup within the gums. In this surgical procedure, the periodontist will lift and fold the gums to do the cleaning.

They will get rid of the harmful bacteria from the pockets stuck under your gums. Finally, they will securely close the gum tissue over the tooth root. After the root planing, the pockets of bacteria will be removed, and the gums may feel smaller.

Regeneration aims to restore or regenerate the damaged tissue and bone in the affected area. In cases of severe gum recession, the bone that supports the teeth may have been destroyed.

Just like the flap scaling and root planing procedure, the dentist will lift and fold back the gum tissue to get rid of the bacteria.

A regenerative material such as graft tissue, tissue-stimulating protein, or membrane will be directly applied to the affected area.

Once the regenerative material is placed, the dentist will close the gum tissue to secure it over the root of the teeth.

With soft tissue grafting, the periodontist will place a synthetic tissue or bone to assist the gums in growing back. The tissue from under the gum flap and a layer of skin is cut at the roof of your mouth.

These tissues are removed and relocated to be stitched to the gum tissue that surrounds the roots of the teeth. Some dentists will use graft material from the tissue bank rather than the roof of the mouth.

Often, the dentist will advise again brushing or flossing on the gum line that was treated until it has healed. Patients are also advised to eat soft and cool foods for a week or two following the procedure.

How can I prevent gum recession?

Many people who don’t maintain proper oral healthcare tend to skip these checkups. However, they are crucial to gum recession prevention. These checkups allow the dentist to spot potential gum problems or early signs of gum disease.

Furthermore, having good habits such as brushing a toothbrush with soft bristles twice a day, using an antibacterial mouthwash, and flossing daily will help dislodge food particles and remove bacteria to prevent tartar buildup.

Are you suffering from receding gums?

If you notice any signs of gum recession it’s essential to contact us immediately so we can begin the process of treating and preventing further damage to your gums.

If you’re experiencing symptoms, or have questions or concerns, please reach out to our dental team.